The Brasov-based company ELMAS, a leader in the field of material handling, planned an investment budget of four million euros for this year, after last year, due to the pandemic, it was forced to stop all significant investments. "Last year we completed the setup works at ELMAS Development and Innovation Center, provided for in the investment of approximately 900,000 euros started in 2019, say the company's representatives.

For this year, the company intends to build an automatic car parking system as a prototype, as well as to purchase high-performance equipment for upgrading the production flow. Also, the company will invest this year in the digitalization of the production activity, as well as the application of new technologies to the equipment manufactured by ELMAS. Last year, the company managed to increase its profit, despite of a slightly decreasing turnover. Thus, last year the turnover of the Brasov based company contracted from 32 to 29.5 million euros, and for this year an increase of 5% is expected. "We are talking about a completely atypical 2020, which  compressed the volume of sales in most domains in the economic environment, and has greatly limited direct business relationships. In the second quarter of last year there was a decrease in the turnover which we managed to compensate in the second half of the year ", explains Mr. Marius Paraipan, Marketing Manager of the company, who states that 14% of the turnover was achieved from exports.

"The investments made in the last four years, accounting over 5 million euros, have led to the creation of jobs at high standards, the implementation of modern technologies, the increase of the production capacity, development and innovation. All these elements have increased the competitiveness of the products manufactured in Brașov and have opened up opportunities for complex works on domestic and foreign markets in the field of elevators, industrial cranes and metal structures. Against this background, exports register a positive evolution from year to year, reaching in 2020, 14 percent of the total turnover”.

At the moment, the Brasov business has almost 400 employees, and for this year Elmas wants to hire another 40 people. In order to compensate the lack of qualified personnel in the field of elevators on the Romanian market, we obtained the authorization for professional training within the company for the specialization "Mounter, adjuster and repairman of elevators”. "With the necessary rigging and a team of qualified trainers, we will start this year the first training session ", mention the company's representatives. The pandemic did not affect Elmas company very much, as it has learning from the financial and economic crisis of 2009. "That crisis, which took place between 2009 and 2013, showed us that innovation is the only way to reduce the negative effects. From that moment we were constantly careful to develop an efficient management in all departments.

We have learned that investing in the future means innovation along with a modern technology, the search for and opening of new markets, a sustainable work environment and the proper management of the financial resources. Obviously, this approach involved the continuous updating of human resources by carrying out various training and professional development programs. By implementing and strictly complying with all pandemic prevention and protection measures, the company's activity took place  without interruptions. The production, assembly and service departments carried out their activity without interruption, respecting all the safety regulations in force. Through rotation, part of our TESA employees, worked both in the telework system and within the company ", say the company's representatives.

For that matter, last year, in the midst of the pandemic, the Brașov based company launched new  products in the field of elevators with the UVECO decontamination module and the touchless control panels and concurrently invested in the digitization of the service and assembly activity. At the same time, the company delivered its first industrial cranes of 150 and 360 tons, but also won, for the third consecutive year, the "Project of the Year" - Elevator World trophy, with the hydraulic platform for passengers "Pasarea Maiastra", in the category "Special lifts".

Elmas, the Brasov based company was established in 1990 with 100% Romanian private capital, the main activity being the manufacture of lifting and handling equipment. The company's headquarters are in Brasov, with the production, warehouse, service and administrative facilities covering an area of 70,000 square meters. 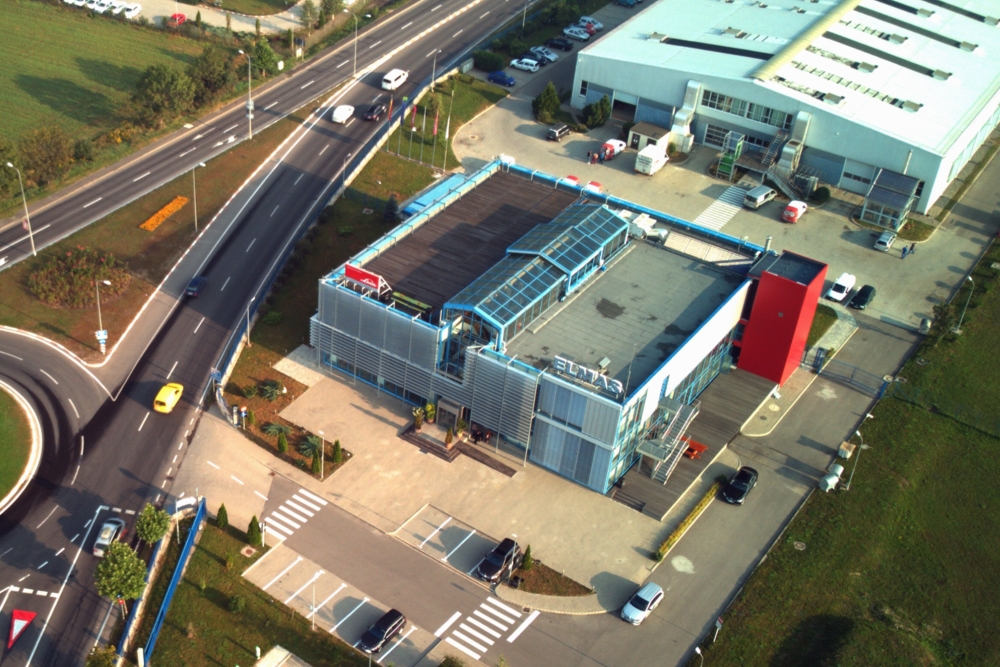 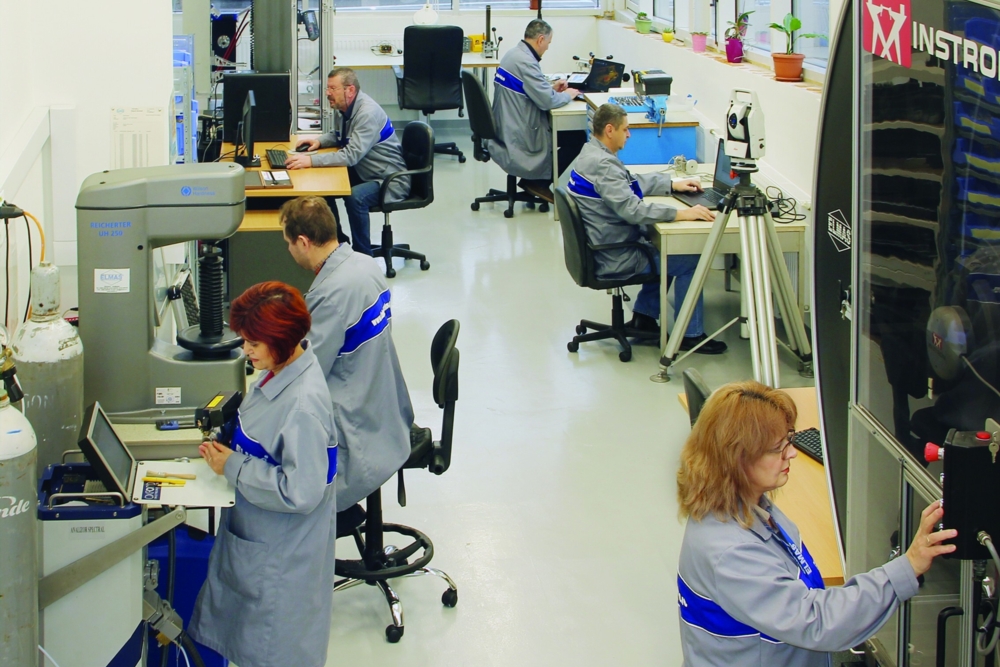 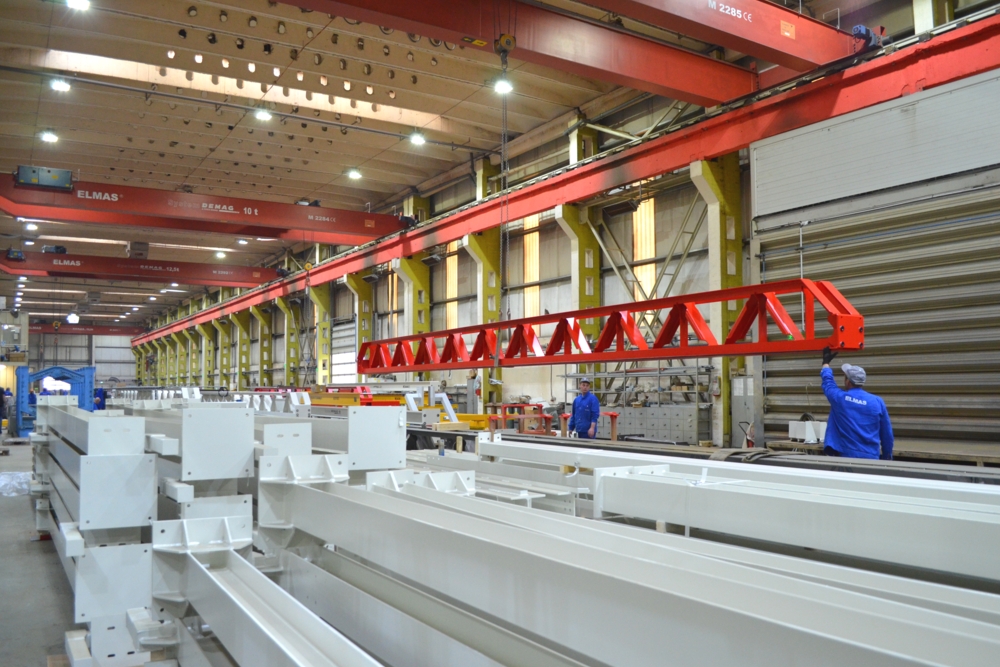 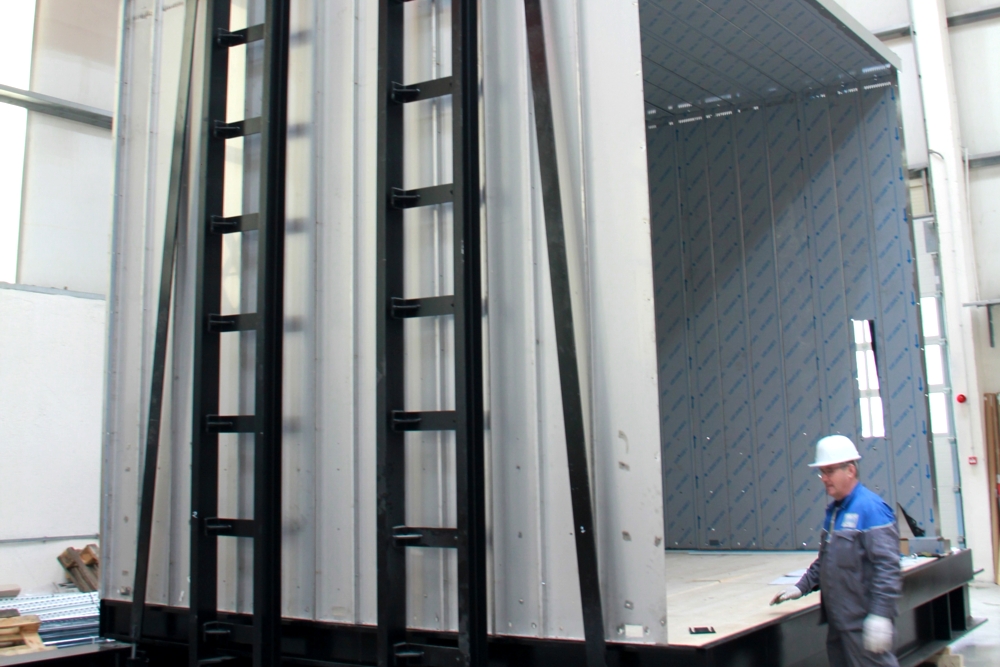